Dr. Shouchun Ma has been actively practicing and teaching acupuncture and herbal medicine for over 40 years in the U.S., Europe and China.

In 1980, he was one of six who was admitted into China’s prestigious “Chengdu University of Traditional Chinese Medicine (TCM)” in Sichuan province, which has a population of 100 million. He obtained his Master’s Degree in TCM in 1982, and begun practicing and lecturing

over many continents. In 2006, he earned the Ph.D. Degree in TCM from the renowned “China Academy of Chinese Medical Sciences” in Beijing School of Postgraduates.

Dr. Ma is recognized as an outstanding practitioner and scholar, and have been invited to many medical conferences as keynote lecturer in the U.S. and in Germany where he taught European physicians. In addition, Dr. Ma has written many articles in both local and national TCM publications, and has earned numerous distinctions including:

LanLi is National Board Certified in Acupuncture by the National Certification Commission for Acupuncture and Oriental Medicine (NCCAOM), and is a licensed acupuncturist in Washington State.

In the 1970’s, Lanli studied acupuncture and Chinese herbs with the distinguished Chinese Medicine Master, Jimin Shi. In 1998, she earned her Master’s Degree in Acupuncture from the Northwest Institute of Acupuncture and Oriental Medicine (NIAOM) in Seattle. LanLi is committed to providing quality and personalized acupuncture service, and she encourages her patients to take an active role in their health care.

Although general medicine is the mainstay of her practice, LanLi’s expertise lies in treating common diseases for which other forms of medicine may not be effective. This includes irregular menstruation, menopause syndrome, infertility, sexual dysfunction, chronic fatigue, fibromyalgia, depression, and irritable bowel syndrome. LanLi also specializes in treating chronic pain conditions in the back, neck, shoulders, as well as ankles, elbows, and wrists.

Jia Ling was born and grew up in Sichuan, China, in an acupuncture and Traditional Chinese Medicine family. The influence from her elders in the family lead her to major in TCM.  Jia Ling has years of experience in both clinical practice and teaching in both North America and China. She has experienced great delight over the years practicing TCM, as well as enjoying its efficacy. She is excited to serve the local community.

1995 – Licensed in Sichuan as an Acupuncturist and TCM Practitioner

2002 – Licensed in Ontario as an Acupuncturist and TCM Practitioner

2019 – Licensed in Washington as an Acupuncturist and Eastern Medicine Practitioner

Served in school PTSAs for over 10 years, and currently a board member of the Bellevue High School PTSA 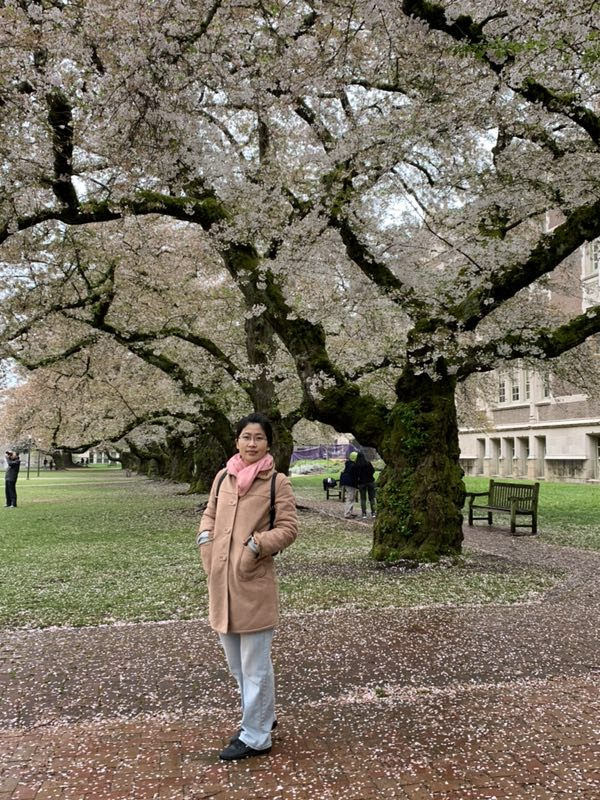 She earned her Master’s Degree in Acupuncture from Shanghai University of Chinese Tradition Medicine in 2001. During that time, she focused on the research of Acupuncture treatment on Heroin additional syndromes and its functional mechanism. She published 《 the observation of positive points along the spine on heroin addicts》 on the journals of 《Chinese Acupuncture》.  She worked in a famous Chinese Biochemical company as Sales Manager for 15 years and then in 2016, Her family moved into USA.

About Us was last modified: January 6th, 2023 by admin